Infinti has captured many auto enthusiasts throughout the years with its entry level sedan the “Q50” . Infinti has managed to bring in a lot of younger clientele with its Q50 and past generation G37 sedans. For the 2016 model year Infiniti has decided to change things up a bit.

Previous model year Q50 sedans had a choice of either a V6 328 horsepower engine or a V6 360 horsepower hybrid engine. Now for the 2016 model year Infinti will offer a different lineup of engines. They have introduced a brand new V4 2.0 Liter turbocharged engine producing about 208 horsepower. This V4 engine will now stand side by side with their redeveloped V6 3.0 Liter engine producing 300 horsepower. Customers will now be able to decide whether they would like a less powerful V4 engine or stick with the same powerful V6 engine that many love. This will allow the Q50 sedan to compete with the BMW 3 Series and the Lexus IS lineup in a more competitive manner. 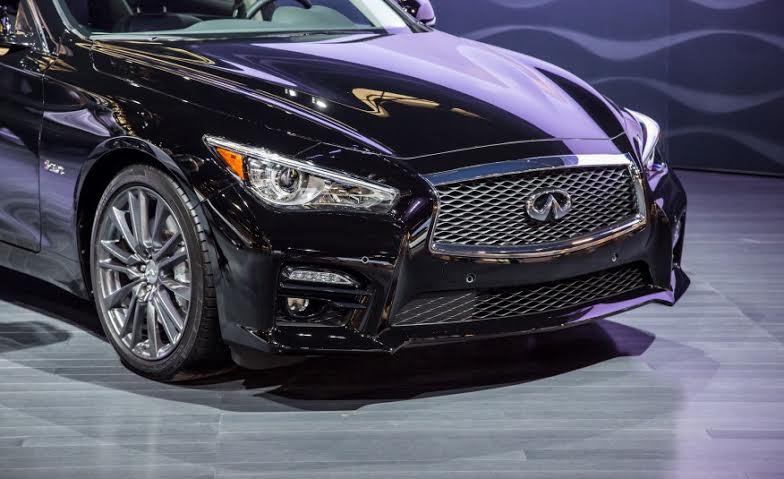 Prior to this the Q50 really was the best “bang for your buck” when it came to luxury entry level sedan with a V6 engine and now Infiniti plans to keep that reputation by adding this all new 4 cylinder engine to its lineup.

The biggest announcement however wasn’t the newly introduced V4 engine as this was suspected by many due to competitors like Lexus and BMW which have done the same thing with their entry level sedans. The buzz is all about the new Q50 Red Sport 400. This brand new turbocharged V6 engine will produce a mind boggling 400 horses and 350 lb ft of torque. Auto enthusiasts around the world are beyond excited and preorders have begun. This will be the most powerful entry level sedan Infinti has designed and will for sure make a lot of people happy. There will now be a very powerful, sporty entry level sedan that will be more affordable than those offered by some of Infiniti’s German competitors. Stay tune as the new V4 engine is set to hit the showroom floors in late winter, followed by the Red Sport 400 in the spring months. Your auto experts at New Auto Group are taking pre orders today!