Nissan has done a slew of things in the 2016 model year with their car lineup. They have virtually redesigned every single model they sell. The newly redesigned Altima, newly redesigned Rogue and newly redesigned Murano have all been a huge hit just to name a few.Well now Nissan has introduced their redesign to the Nissan Armada. The Nissan Armada has been Nissan’s flagship full size SUV for a very long time. Until the newly redesigned Nissan Pathfinder was revealed, many families overlooked Nissan when shopping for a full size SUV. Nissan decided to change that with the reveal of their new Pathfinder and after a few years on the market they have regained popularity in that segment. Nissan didn’t just stop right there however, they revealed their brand new 2017 Nissan Armada during the Chicago Auto Show and it is a huge hit. The Armada receives a complete redesign from the old body almost mimicking its cousin the Infiniti QX80. The Nissan Armada comes standard with Navigation and is a much smoother ride than the previous generation, Nissan claims. 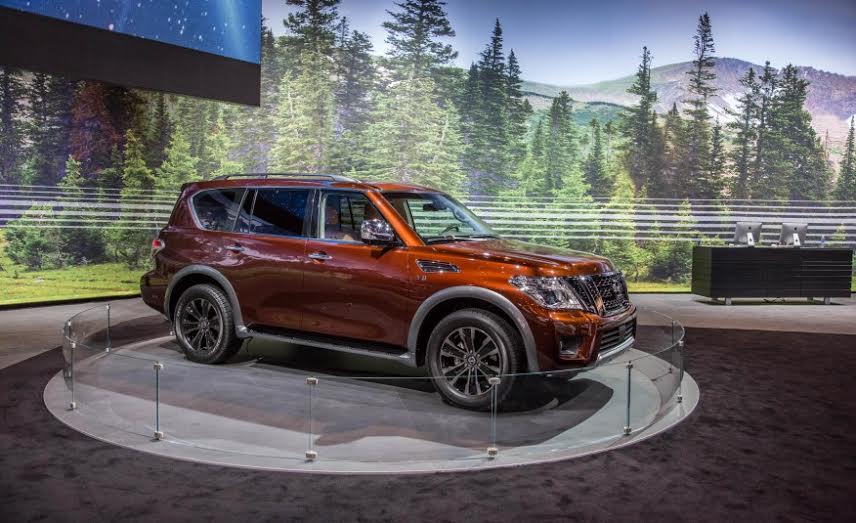 Families in the market for a full size SUV should be excited with the addition of another option in the market. With the Armada’s redesign it will compete very closely with its rivals like the Lexus LX570 and the Chevy Tahoe. The Armada becomes an affordable full size SUV with all the glitz and glam that you expect in such a large car. Be on the lookout in late 2016 when the Armada is set to hit the showroom floor!